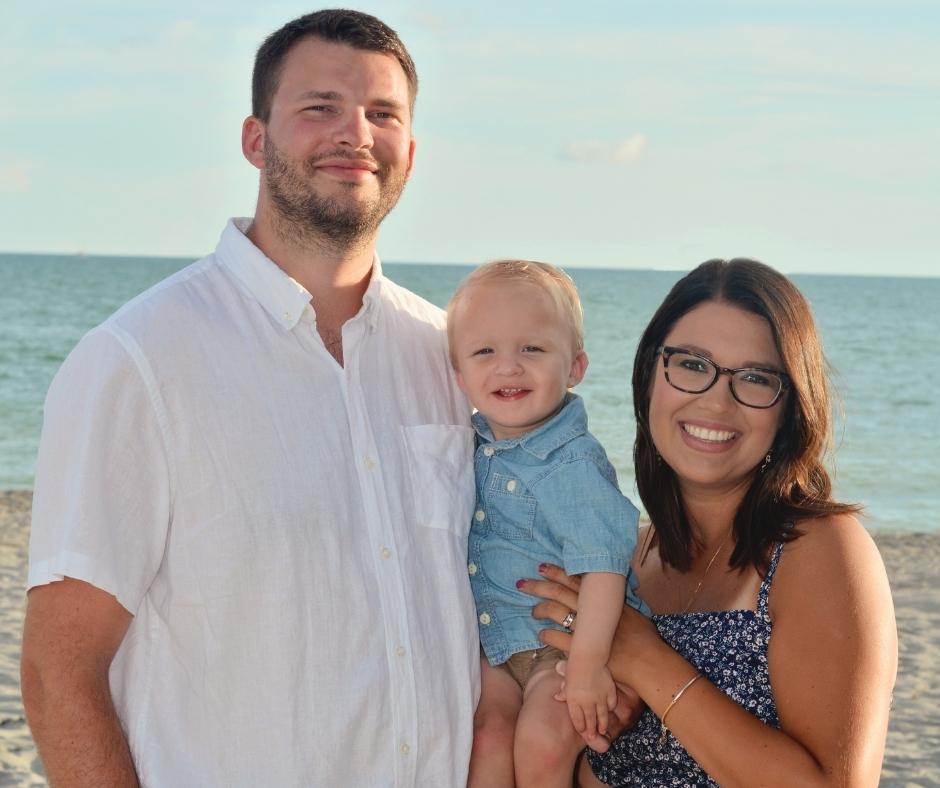 According to Courtney (Homoelle) Starkey, a foot and a half distance can make a world of difference in the life of a high school student. The 2009 Worthington Christian graduate, who serves as a director at the new Wooster Christian High School in Wooster, Ohio, enjoys helping high school students find a fuller, richer life in Christ.

Starkey believes that being a follower of Christ is way more than just having head knowledge about Him.

“Dr. Buzz (Inboden, former Worthington Christian School principal) always used to say that the head knowledge was great, but you had to move it 18 inches down into your heart,” said Starkey, who lives with her husband Billy and her 1-year-old son Liam in Wooster. “I remind my students about this all the time. They are learning so much, but it is so important that they aren’t just learning about Jesus, but they are also being like Jesus.

“I love watching students grow in their faith and realize how much influence they have for the kingdom of God. The next generation is so incredible but often gets brushed aside. I love that I can help them see their potential and also show others how amazing these students are.”

Starkey graduated from Grace College in Winona Lake, Indiana with a degree in Social Studies Education and recently completed her Master’s degree in Curriculum and Instruction from Liberty University.

After the two got married, Starkey’s husband Billy was hired as the middle school pastor at their church. It was during that time she saw how important it is to guide the upcoming age groups for Christ.

“We both felt a desire to make sure the next generation was invested in, cared for, and shown Christ’s love,” said Starkey, who had taught third grade for eight years. “For years I felt called to teach high school, but when we moved to Wooster, a high school job was hard to find.

“Teaching third grade at Wooster was a great experience. Learning to pour into students at church and invest in them spiritually has helped me grow my passion and use it in my current job.”

However, Starkey felt a strong tug to work with middle school and high school students. Part of that desire came from her time at Worthington Christian.

“I had so many teachers who encouraged me to grow academically and spiritually,” Starkey said. “I wanted to become a teacher because of people like Mrs. (Ruth) Beschta, Mr. (Mike) O’Neil, and Mr. (Al) Iten. Their love for the subjects they taught, along with their love for Jesus and students, helped me become the person and later the teacher God called me to be.

“So many times, when I am teaching Bible now, I tell my current students something I learned in high school. Being at Worthington Christian gave me a passion for Christian education and how it can help shape the next generation.”