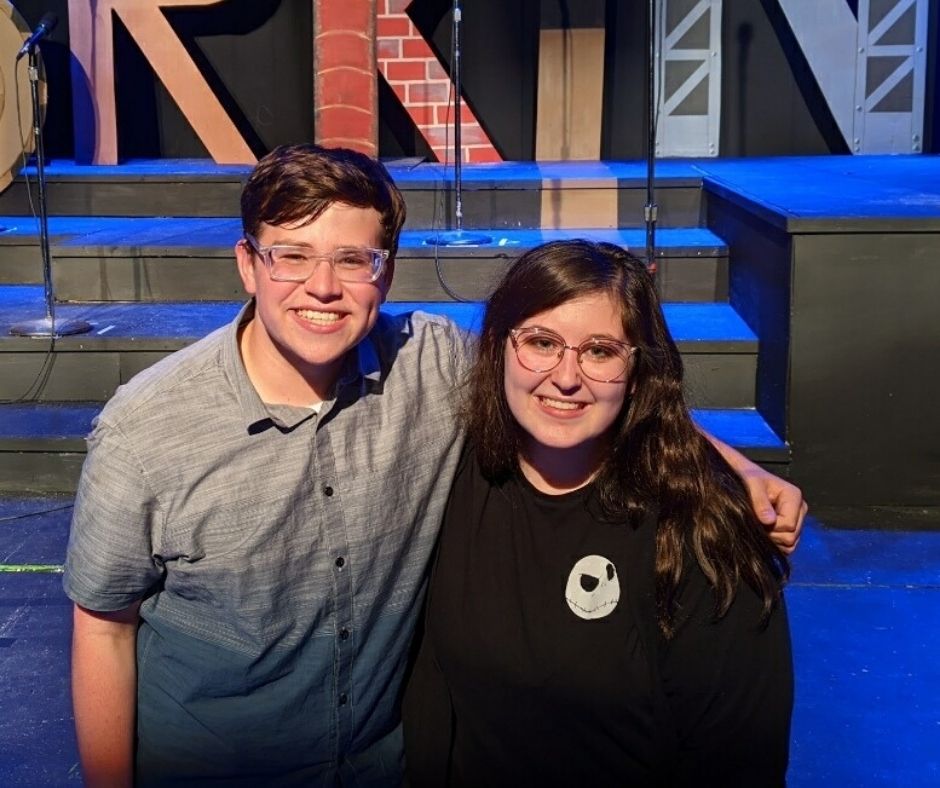 As WC’s 50th anniversary quickly approaches, the school has a new anthem to add to its rich history

The next school year will mark a major milestone in the history of Worthington Christian School; the 2022-23 school year will be WC’s 50th anniversary. For the last five decades, WC has been a caring community centered on Christ in pursuit of excellence. As we move toward this momentous milestone, it is a wonderful time to consider the school’s deep roots and many rich traditions.

WC’s Director of Advancement, Polly Shoemaker, has been preparing for the school’s 50th anniversary since last year. In her preparations, there was one particular school tradition that seemed to be missing—an alma mater. While there were rumors of an alma mater existing somewhere in WC’s history, and there is a “fight song” that was written many years ago, there has been no well-known or widely-learned anthem for the school. In order to remedy this missing piece of tradition, in the spring of 2019, Shoemaker reached out to WC’s expansive alumni community for anyone willing to try their hand at developing a meaningful alma mater. The response she received, and the pair that ultimately wrote the school’s brand-new alma mater, came as a bit of a surprise.

Kerns started his journey at WC as a first-grader and has been heavily involved in the performing arts—both at WC and in the broader community—since fifth grade, including band, choir, and theatre. Wanting to take full advantage of every possible opportunity at WC, Kerns began taking advanced music theory classes under the guidance of Karen Rugg-Klapheke, WC’s Performing Arts Department Chair and Vocal Music Teacher, once he started high school. As a rising junior in the summer of 2019, he already had lots of experience with composing music and was eager for a new challenge. This spring, he will graduate with ten semesters of music studies from WC. He has also earned the honor of being Rugg-Klapheke’s first student to write a composition that was performed by a WC choir. Last year he wrote an eight-part acapella choral piece that the chorale performed in their spring concert. He hopes to pursue a degree in choral music education after graduation.

Coral Varian is currently a music education major at The Ohio State University, but she spent all of her K-12 years at Worthington Christian and, similar to Kerns, was deeply involved in the performing arts. She discovered a passion for music theory and learned a great deal about composing under the guidance of Rugg-Klapheke. Varian and Kerns had taken advanced music theory together and were planning to continue their advanced studies in the fall of 2020 when they heard about the need for a new alma mater. They began to discuss with Rugg-Klapheke the possibility of taking on the composition of a new alma mater as part of their advanced studies. The three of them decided this would be the perfect “real-life” opportunity to apply their incredible skills and study experience. With Shoemaker’s blessing, the student pair embarked on what would be an amazing yet challenging journey.

The pair’s first step toward writing a new alma mater for WC was developing the lyrics. The school’s leadership offered the pair guidance on particular words and themes that have been important to the school since its inception—light, faith, community, God’s Word. Using inspiration from the time signature of the old alma mater to create a new one, Kerns and Varian spent the better part of an entire semester developing meaningful lyrics. They worked independently to develop their own ideas, then brought those together as a team to develop a cohesive draft of the song lyrics. They sent their drafted lyrics to Robert Nugent, resident composer at Grace Polaris Church, to garner his feedback and counsel. They then sent the drafted lyrics to Shoemaker and then Head of School Troy McIntosh for their approval.

With a refined version of the lyrics, Varian and Kerns set about composing a melody for the lyrics along with accompanying harmonies. Being in such advanced independent music theory studies, the two students explain that writing the music was the easiest part of the process for them. Once they developed a melody and harmonies to go with the drafted lyrics, members of the Upper School choir learned and recorded the alma mater, but it was still a work in progress. Rugg-Klapheke, along with Upper School administrative assistant Chelsea Meyers and then-principal Dr. Buzz Inboden, lead focus groups to gain feedback from the student population. They invited students from every “walk” of the school to join them for lunch one day. Together the focus groups listened to the recording of the drafted alma mater, and students gave their honest feedback. Through this process, Varian and Kerns did make some tweaks per the students’ suggestions, and with the final approval given by the school’s leadership, they had officially completed a brand-new alma mater for Worthington Christian School.

Since the completion of writing WC’s new alma mater, there has still been much work to do. Kerns has stayed busy writing arrangements of the alma mater for every musical group at the school, including the choir, ensemble, pep band, and orchestra. WC’s music department has also been hard at work teaching the new alma mater to each of the vocal and instrumental groups at the school, both at the Lower School and the Upper School. Instrumental music teacher Tim Miner, choir teacher Kim Stevenson, orchestra leader Renee Johnson, and Lower School music teacher Julie Vandervliet have all worked diligently to ensure that students are learning the piece and taking ownership of it. The hope is that as the student body learns the song and sings it often, it will quickly become part of WC’s rich history and traditions.

As Kerns and Varian reflect on their roles in writing this historic piece for their school, they both describe how fun it was and is for them. Kerns light-heartedly shares that younger students are now approaching him and saying things like, “We’re learning the alma mater that you wrote!” In Varian’s words, “Having such a deep family history at WC, it’s so neat to leave a mark on the school in this way. People are brought together through music and it is so special to see all the different musical talents at WC come together to play the new alma mater.”

Make sure to see WC’s orchestra, band, and choirs performing the new alma mater below. Special thanks to each of the music department teachers for working diligently to arrange for the creation of this video.