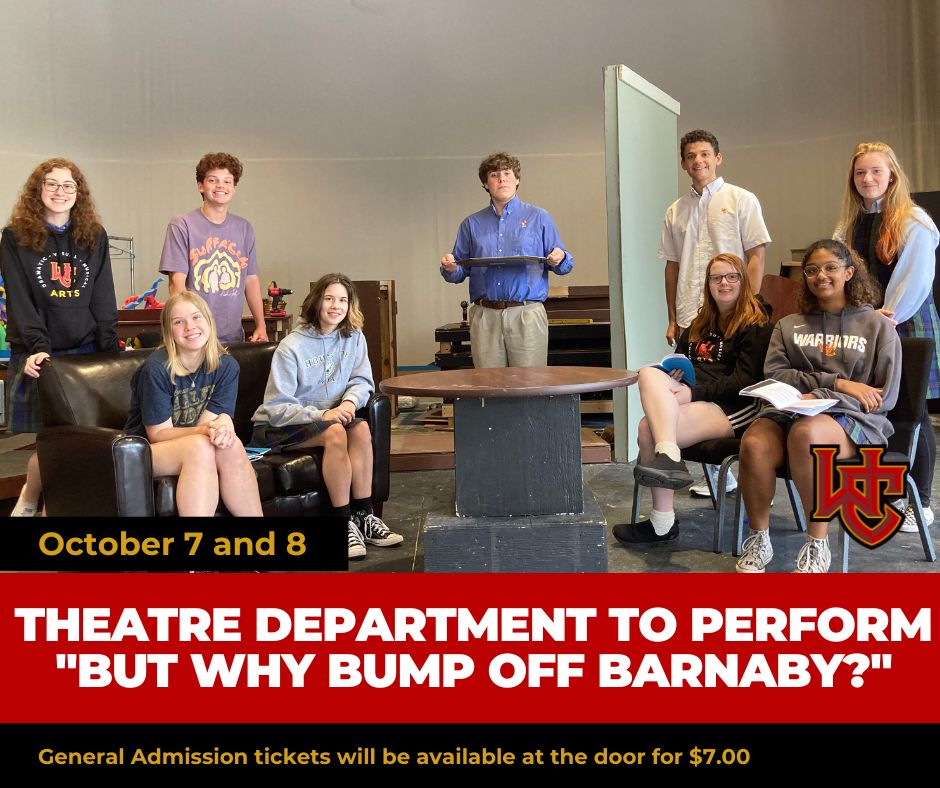 Worthington Christian’s theatre department, under the leadership of award-winning Director David O’Roark, is set to put on a thriller of a play this fall. Twenty-five Warriors in grades nine through 12 are participating in the production of “But Why Bump Off Barnaby?” This comical whodunnit will hit the WC stage Friday, October 7 (at 7:00 PM), and Saturday, October 8 (at 2:00 PM and 7:00 PM).

Each of WC’s high school classes is represented in this ten-player cast of quirky characters. Leading the way are seniors Faith Kline and Alex Wrobbel. Juniors Sara Kovich, Andrew Myhal, and Sabina Niehoff, sophomores Eli Belcher, Caroline Dean, Anja Muskoff, and Ian Sattler, and freshman Elise Hermiz make up the rest of the cast. Freshman Paisley O’Roark is this production’s stage manager, assisted by sophomore Jack Nicodemus. There will also be 13 stage crew members involved in the production behind the scenes.

After Barnaby Folcey is murdered at a family gathering, the remaining characters venture to uncover who is responsible for the act. With many twists and turns along the way, the killer is finally discovered and dealt with in a particularly humous manner. Since it is a murder mystery, this play is likely best suited for older students at the discretion of their parents.

General admission tickets will be available at the door for just $7.00. Worthington Christian students may attend for free.