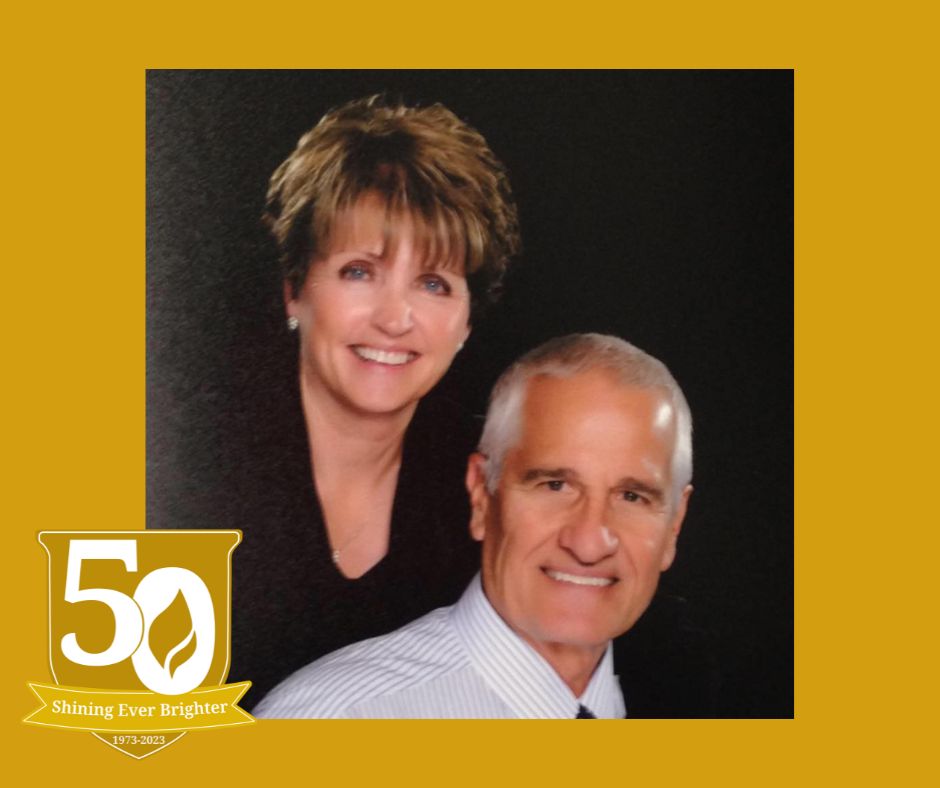 Dr. Jim Jerele remembers sitting in the sanctuary of Grace Brethren Church on Worthington-Galena Road in 1972 and watching Pastor Jim Custer point across the road, sharing his vision to build a Christian school on that property. A Florida native living in Columbus as a radiology intern at that time, Jerele thought to himself, “If I ever end up living in Columbus full-time, I would love to have my kids go to that school.” After marrying in 1973–the same year Pastor Custer’s vision became reality as the school opened its doors–Jerele and his wife Sue did return to Columbus to begin building a family. There was no doubt where they would send their children to school. Nearly five decades later, all four of the Jereles’ children have graduated from WC, one of their daughters has taught Kindergarten at WC for many years, and one of their grandchildren has graduated from the school.

In addition to being highly engaged WC parents and grandparents, the Jereles have also been faithful school supporters. Dr. Jerele was instrumental in the establishment of an endowment fund that has provided dozens of tuition scholarships to students over the last thirty years. He and Sue have also generously supported many WC students through programs such as Adopt-A-Student.

Dr. Jerele’s roots in Christian education date back to his own childhood as a young boy growing up in St. Petersburg, Florida. He recalls, “My mother and dad had very little income, but they wanted [my brother and I] to go to a Christian school. So, we went to Florida Christian School. At the time, my dad helped clean the school, drove school buses, and did everything part-time to help with our tuition. Every now and then, we would be behind on tuition, and somebody would come forward with a donation to the school anonymously so that we could stay in school.” He explains that receiving the blessing of the generosity of others motivated him to help other families.

Like countless other WC families over the last five decades, the Jereles embody and carry forward the vision of the school’s founders to make Christian education accessible to families with financial needs.