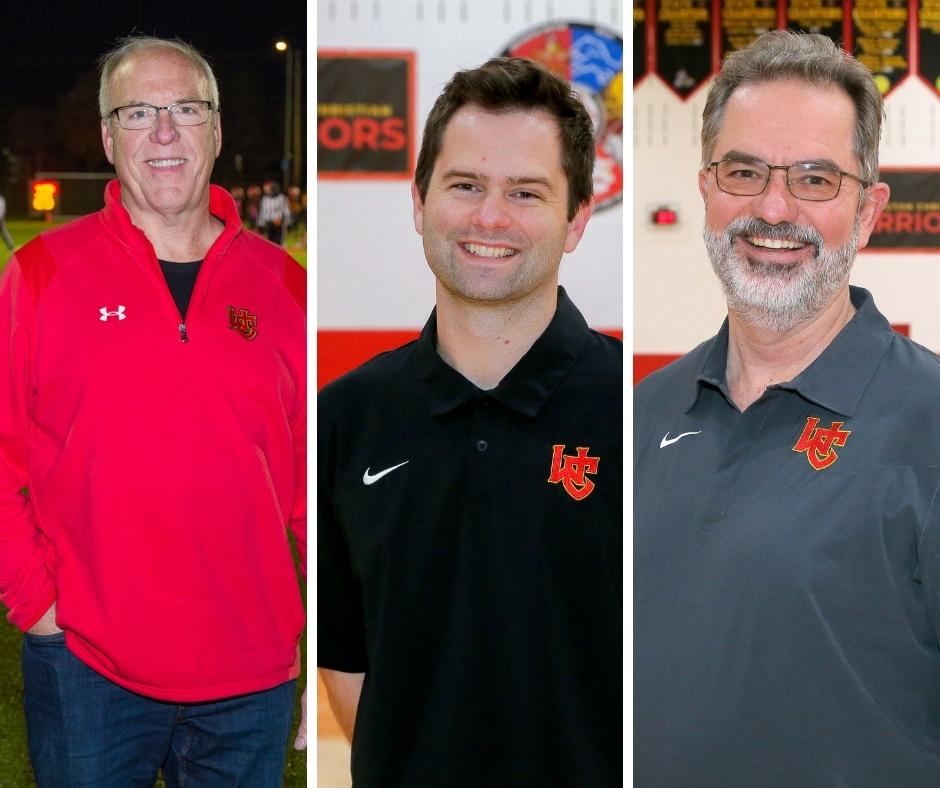 Worthington Christian School has named an interim athletic director and boys’ basketball coach. Head of School Dr. Mike Hayes recently appointed Steve Betulius to oversee athletic operations until a permanent athletic director is named. He also appointed a committee to review applications and make recommendations for the position of head coach of WC’s boys varsity basketball. Through this collaborative process, James Storey has been appointed as the interim coach for boys varsity basketball for this year, and Ricky Burby has agreed to join Coach Storey as a full-time assistant coach. Dr. Hayes explains, “I look forward to working with Mr. Betulius as we move forward…and I am thrilled that coaches Storey and Burby will be coaching and mentoring our young men as student-athletes. The search committee has brought together an experienced and gifted coaching staff to invest in the trajectory of the program.” Each of these men brings unique skill sets to their new respective roles, and they all share a rich history with and deep commitment to the mission and vision of WC.

A former collegiate athlete at Purdue University, Betulius has been a fixture around Worthington Christian, serving in numerous volunteer roles, including former school board member for nine years, assistant track and field coach for ten years, chair of the football coach search committee, current member of the Facilities Planning Committee, and most recently as the chair of the boys’ basketball coach search committee. He also brings a great deal of executive experience to this role, with many years of career experience as a business manager, director, and senior consultant. Betulius and his wife, Becky, have two grown children that graduated from the school, Marybeth (Betulius) Stone (WC ‘09) and Ben (WC ‘15).

As a seasoned track and field coach, Betulius has developed a scripture-based coaching philosophy that emphasizes physical strength and conditioning and spiritual strength and conditioning. He challenges student-athletes to think deeply about the question, “Who am I becoming?” In considering this question, he encourages students to focus on increasing proficiency and mastery of their sport(s) while also growing in Christ-like character. He carries this approach to coaching into his new role as interim athletic director and desires for all of WC’s student-athletes to grow in Christ-like character and athletic prowess. He also aims to invest in professional development and growth for WC’s coaching staff.

Storey has been on staff at Worthington Christian since 2012, serving as a math teacher, basketball coach, and assistant athletic director. He holds degrees from The Ohio State University and Indiana Wesleyan University. He is married to WC graduate Jill (Rickley) Storey (WC ‘08).

One of the unique strengths that Storey brings to this new role is extensive experience with many of the current varsity boys basketball players. In his words, “I had the chance to teach and coach most of the current players when they were in seventh grade, and it’s been great to continue a relationship with them as I see them in the halls throughout the school day. We have talented players; I know their individual talents, and I look forward to putting players in positions to be successful as a cohesive team. I love the excitement and energy of fast-paced basketball, and I believe these players have what it takes to bring this pace to the court.”

Like Betulius and his fellow WC coaches, Storey shares the desire to challenge his players to excel on and off the court to express the school’s mission. While Coach Storey will push the team to play well, he ultimately wants the players to remember that their “purpose as followers of Jesus goes far beyond the game of basketball.”

Burby’s roots at WC run deep–he was among WC’s earliest graduating classes (Class of 1979). Since then, he has accrued 34 years of basketball coaching experience and athletic administration, including eight years at the collegiate coaching and athletic director level. He has served at Samford University, Liberty University, Bryan College, and Tennessee Temple University. Two of his years of coaching experience were served at Worthington Christian as the Warriors’ boys varsity basketball coach from 1983-1985. In addition to his wealth of coaching experience, one of the unique strengths he brings to this new role is his knowledge of the college recruitment process. This will be an asset to players seeking to enter the collegiate level as a student-athlete. Burby and his wife, Susan, have two grown children that graduated from Worthington Christian, Will (WC ‘07) and Ethan (WC ‘16; pictured below).

Burby was just 22 years old when he first coached at WC. Returning nearly 40 years later in this new role, he reflects, “It is clear to me how much God has blessed the school and how much the athletic facilities have changed and improved over time.” He also shares, “I love working with young people because they are resilient, optimistic about their futures, and have their whole lives ahead of them; I look forward to helping the boys on the varsity basketball team.”