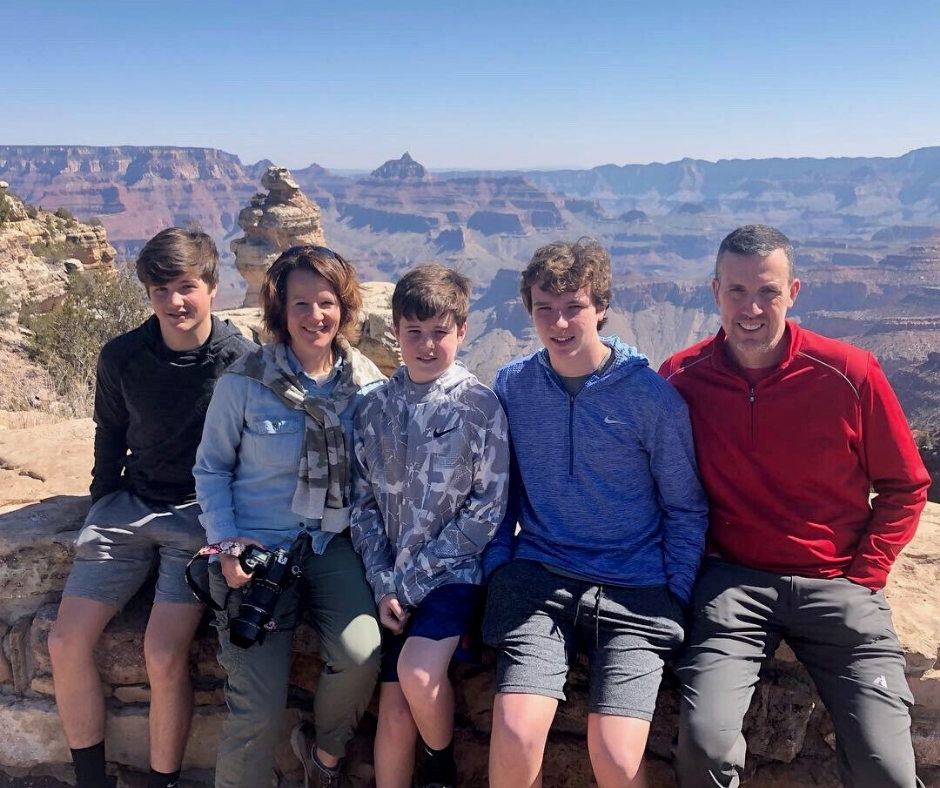 Completing another project on WC’s master facilities plan comes into view because of radical generosity, obedience, and desire to impact generations of Warriors

From the very beginning of human existence, God has chosen to write His story through the lives of people, both individuals and groups. The biblical narrative is driven by story after story that bears a similar pattern: God calls an individual or group to a specific task and those called humbly, bravely respond, “Yes, LORD.” This pattern of God’s call and an affirmative response by those called is followed by blessing, not only for those who walk in obedience to the call but for those that come after them. Abraham, Moses, David, Gideon, Esther, and Mary are just a few prominent examples from Scripture of people whose lives were marked by God’s call, their “Yes,” and blessings. God writes His story and advances His Kingdom through us.

This is also the story of WC: men and women called by God to a specific purpose, these people humbly, bravely saying “Yes” to that call, and generation after generation receiving blessings through their obedience and God’s faithfulness. It’s clear that this season in WC’s history is one of promises kept. There’s a deep sense of renewal borne out of decades of prayer, sacrifice, radical generosity, and faithfulness coming with the completion of the Forward Together Campaign. And as we move into this season in WC’s history, we see that God is still calling people, still writing His story at WC, still advancing His purposes in unique ways.

Scott (WC ‘89) and Heather Thomas have been on such a journey with God, especially over the last two years. At the end of 2018, they took a leap of faith and finalized the sale of their third-generation family business.  With the desire to build a legacy of giving in the next stage of their lives, they established a foundation purposed to be a blessing to others, especially those by whom they’ve been blessed (Genesis 12:2-3).

As a WC alumnus and current WC parent, the Thomas family sought an opportunity to bless this current generation of Warriors, as well as future generations. In meeting with WC leaders, the Thomases learned of ways they could bless WC beyond the Forward Together project. One such opportunity is the purchase and installment of field turf at Founders Field. This major update is part of the facilities master plan that has been in development for years. Upon hearing about this opportunity, the Thomas family saw a vision for how much this field update would bless WC, not just in the realm of athletics, but with community events, boosted school enrollment, and an overall statement to the community at large. According to Scott and Heather, “We are blessed and humbled to be able to use the resources God has provided us to further His Kingdom.”

What’s the big deal about turf?

Though at first glance it may only seem like a cosmetic change to Founders Field, installing turf in place of the current grass will have a significant impact. According to Athletic Director Kevin Weakley, approximately 250 students use Founders Field each fall during 45 different contests (games, matches, etc.). In light of how much campus space is occupied by this field, 45 events per year is a small number. With turf, the field can be used every day and year-round, not only for competition but for practices.. Head of School Troy McIntosh says of this point, “The biggest benefit [of turf] is that it will be usable regardless of the weather. It will greatly open up access to playing surfaces in the fall when it is particularly rainy and wet….for both practices and games.”

There will be financial benefits to the school in having turf instead of grass. Weakley estimates that the school will save approximately $50,000 per year not having to purchase paint, gas, fertilizer, and grass seed, along with all of the hours of maintenance required to mow, fertilize, paint, and aerate the current grass field. There is also a plan in place to partner with local sports organizations for rental purposes, generating enough cash to pay for all or at least the vast majority of the replacement costs when the turf ends it’s expected lifetime in ten to 12 years.

As with other projects and initiatives in WC’s history, we want to invite the entire WC community to be a part of this field turf project. The total cost of the project is $641,000. After a pacesetting gift from the Thomas family and additional gifts from other families, only $75,000 remains to complete this project. Gifts and commitments received by April 30 will ensure the field turf is installed for the start of the 2020-21 school year and athletic season.

Make a secure one-time or recurring gift online using a credit or debit card or a bank account.

You may also mail a gift to WC’s Office of Advancement, 6675 Worthington Galena Road, Worthington, OH 43085. Stock gifts are also a popular way to support WC.

Families may also defer their gift up until July 15 providing the commitment is received by April 30. This is an ideal option for those anticipating a tax refund or company bonus. To make a deferred commitment, email Polly Shoemaker and include your name and the gift amount we can expect to receive by July 15.

Each chapter of WC’s history, each specific initiative, and campaign, has both short-term purpose and long-term impact, blessing the current generation of students and generations to come. Whether it is WC’s facilities, the Arts program, the Athletics program, curriculum and technology or something else entirely, we are all a part of this incredible work God is doing. While we all have different capacities and callings, we all share in God’s ultimate work of advancing His Kingdom. And He uses all of us, together, in that work.